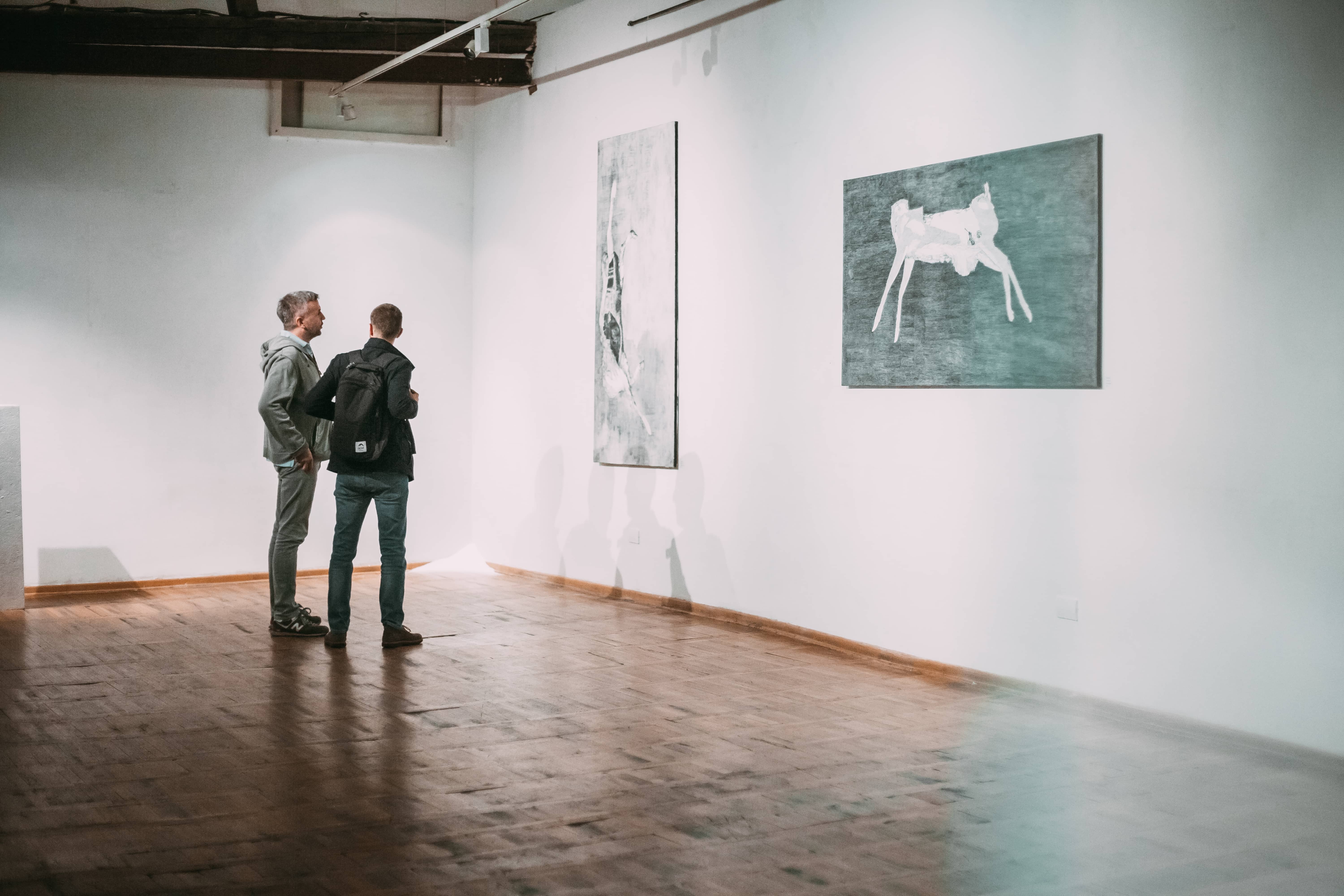 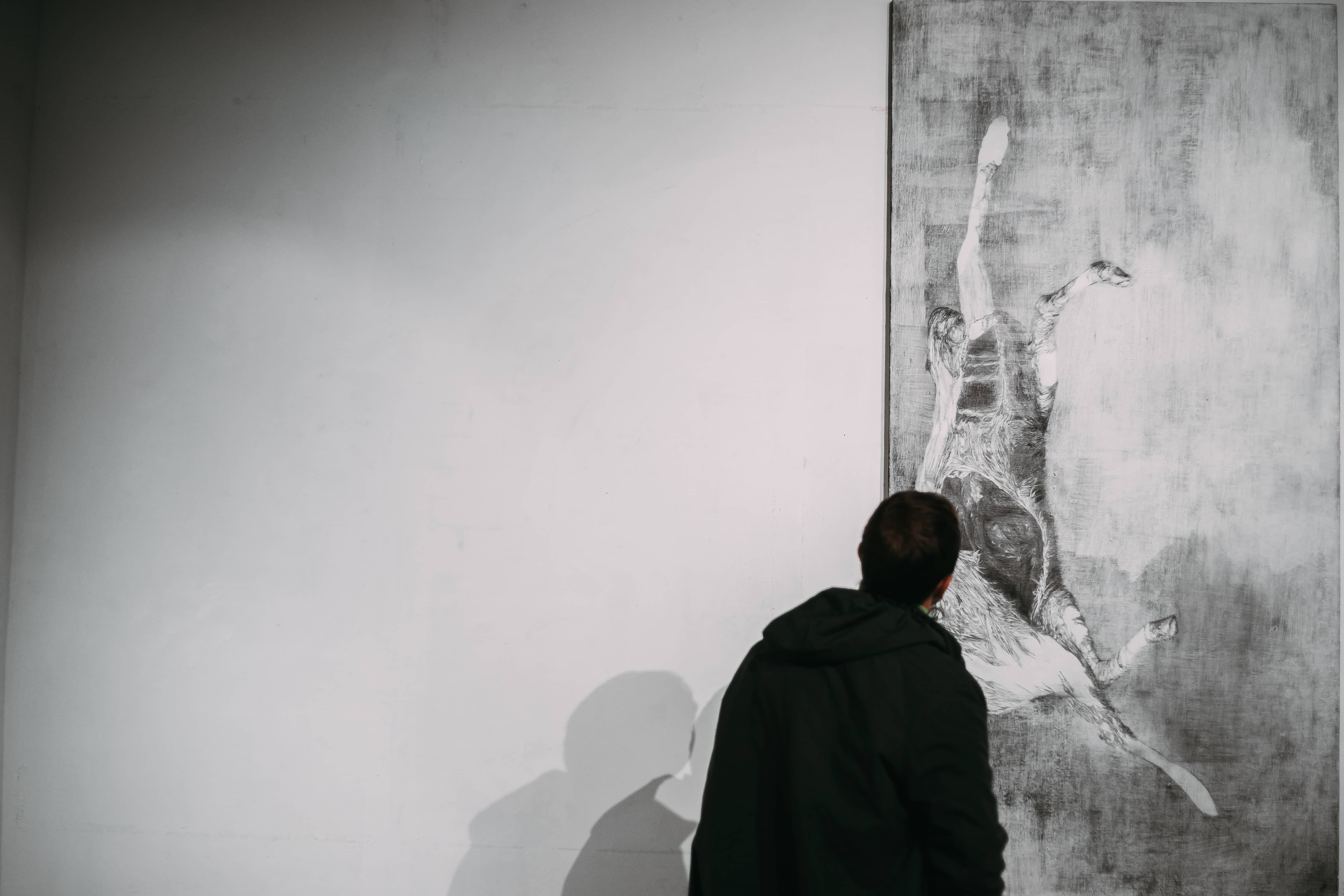 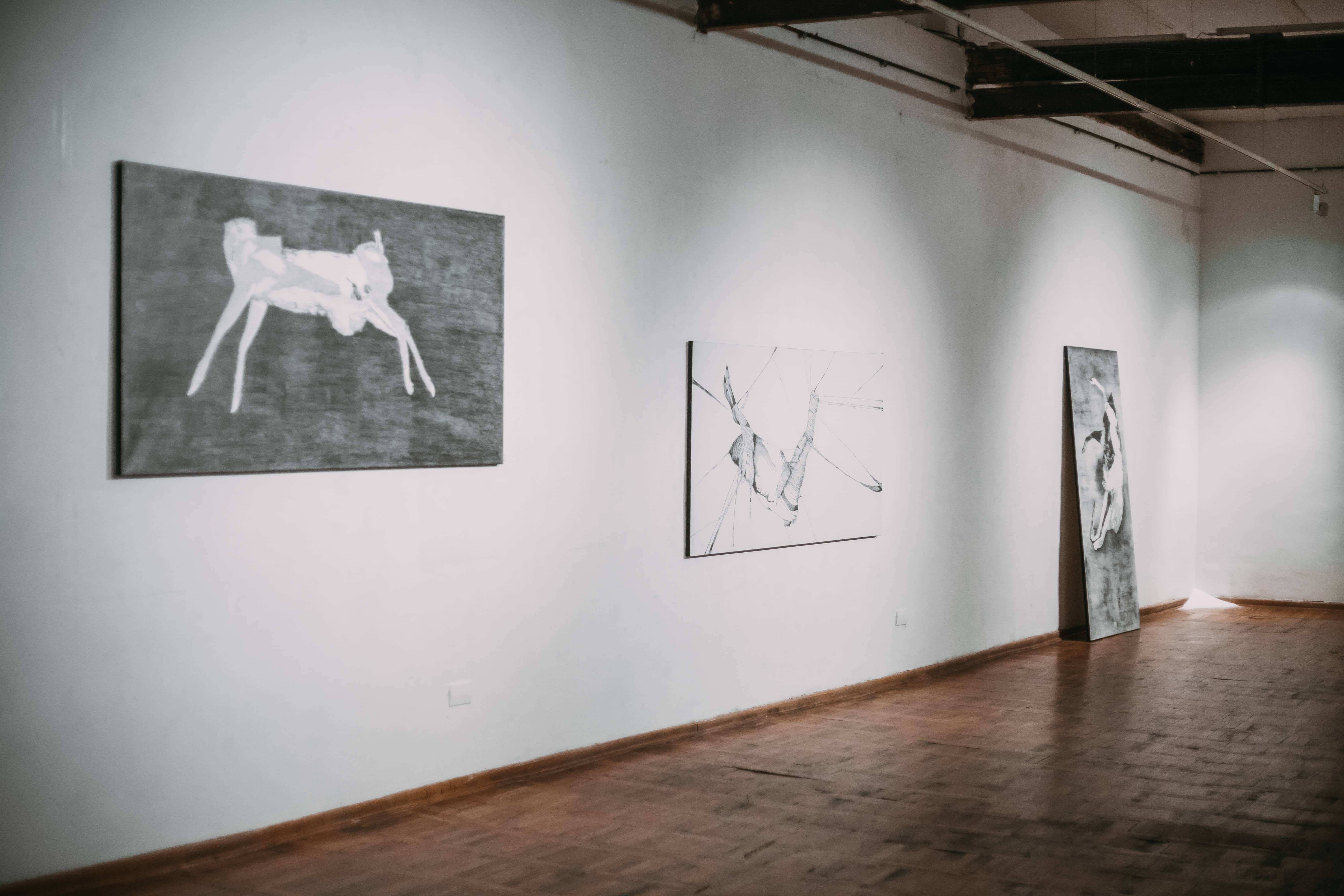 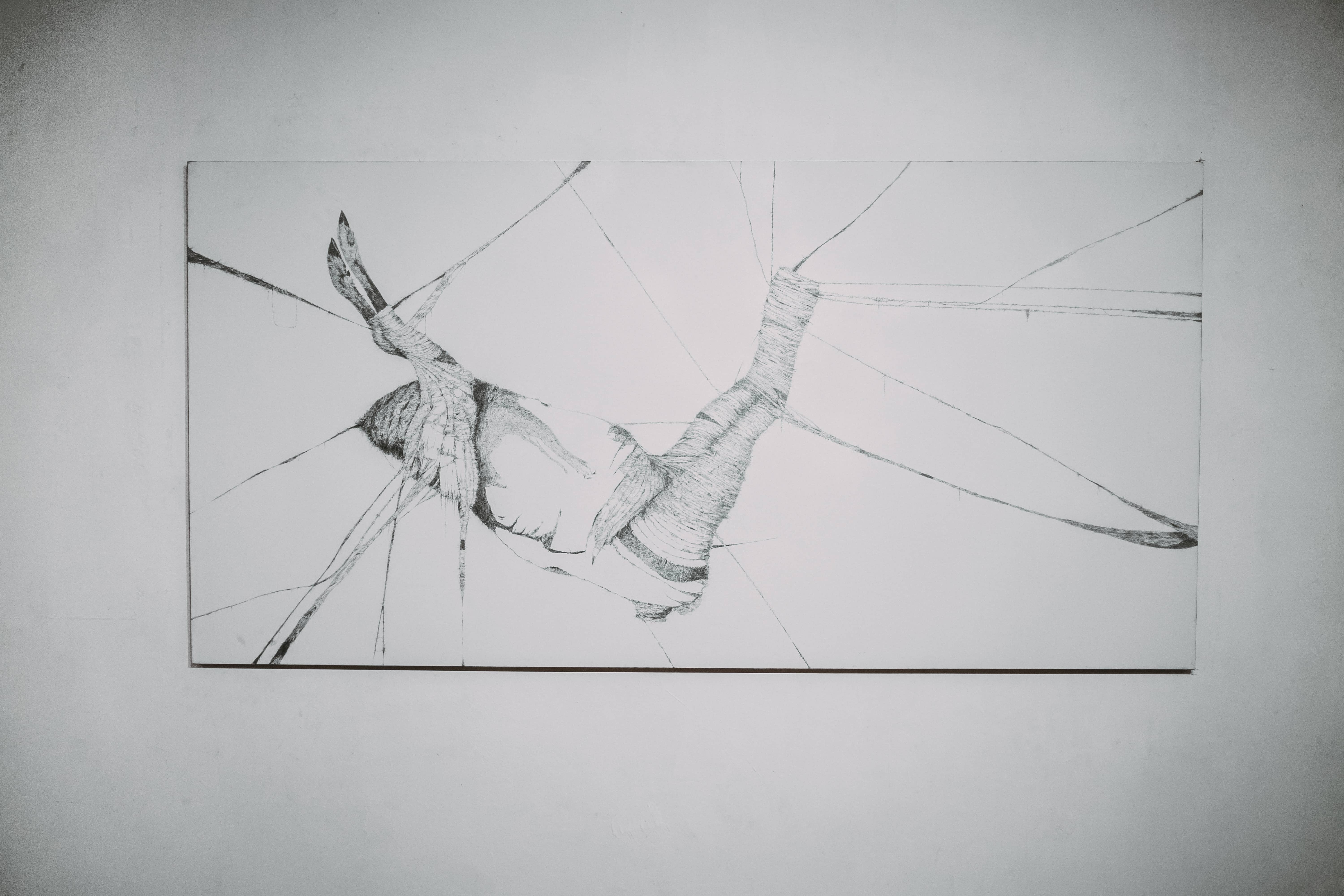 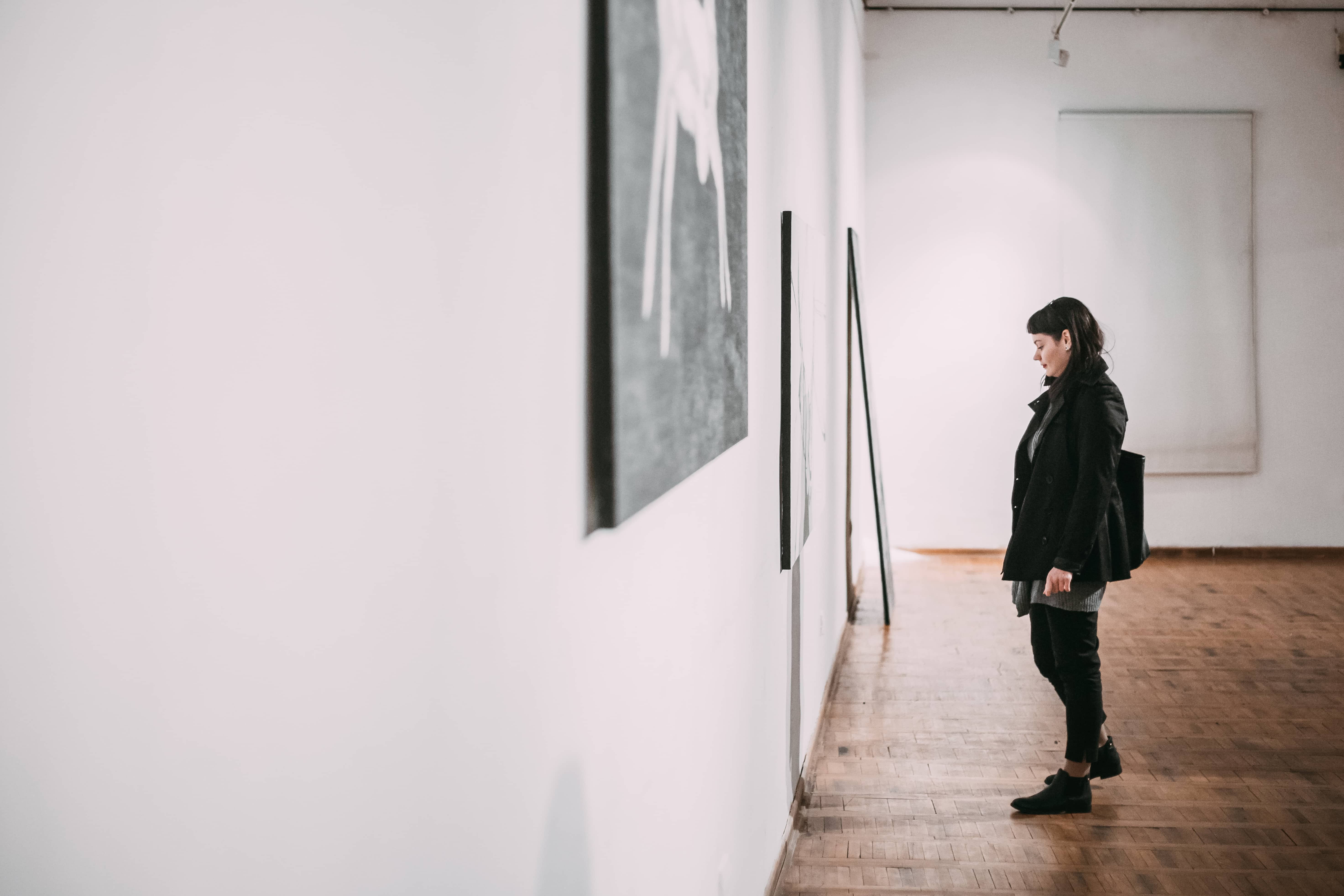 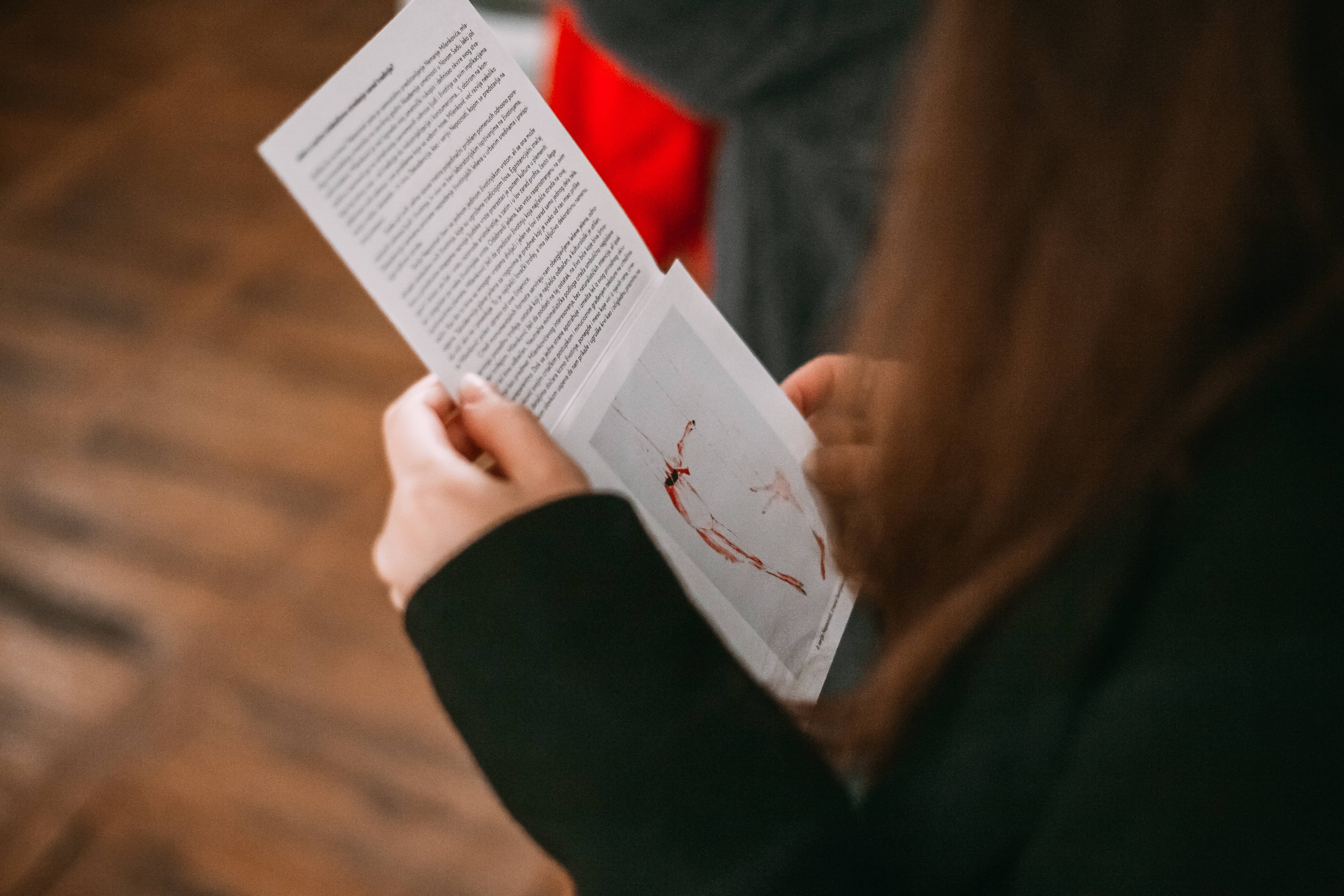 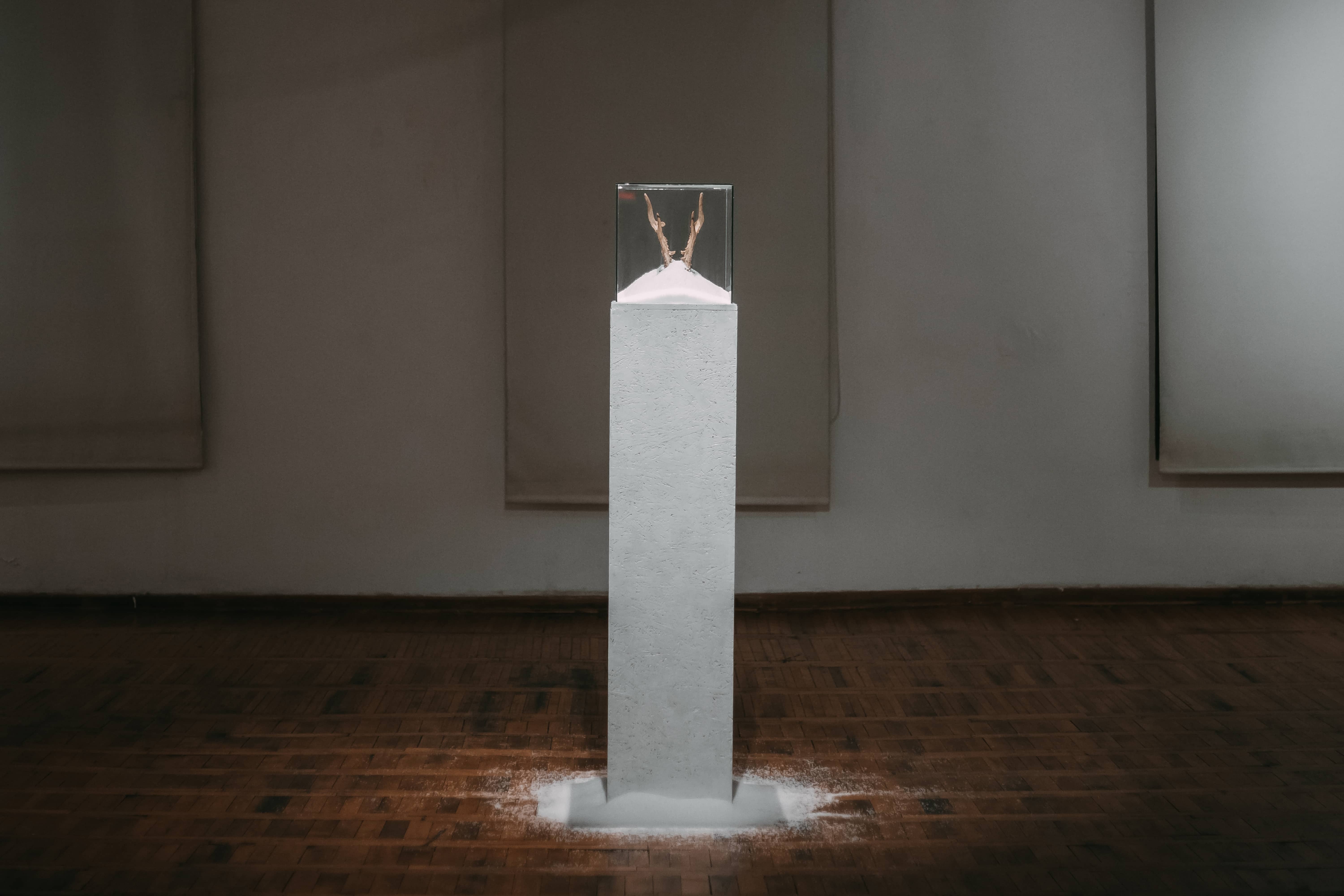 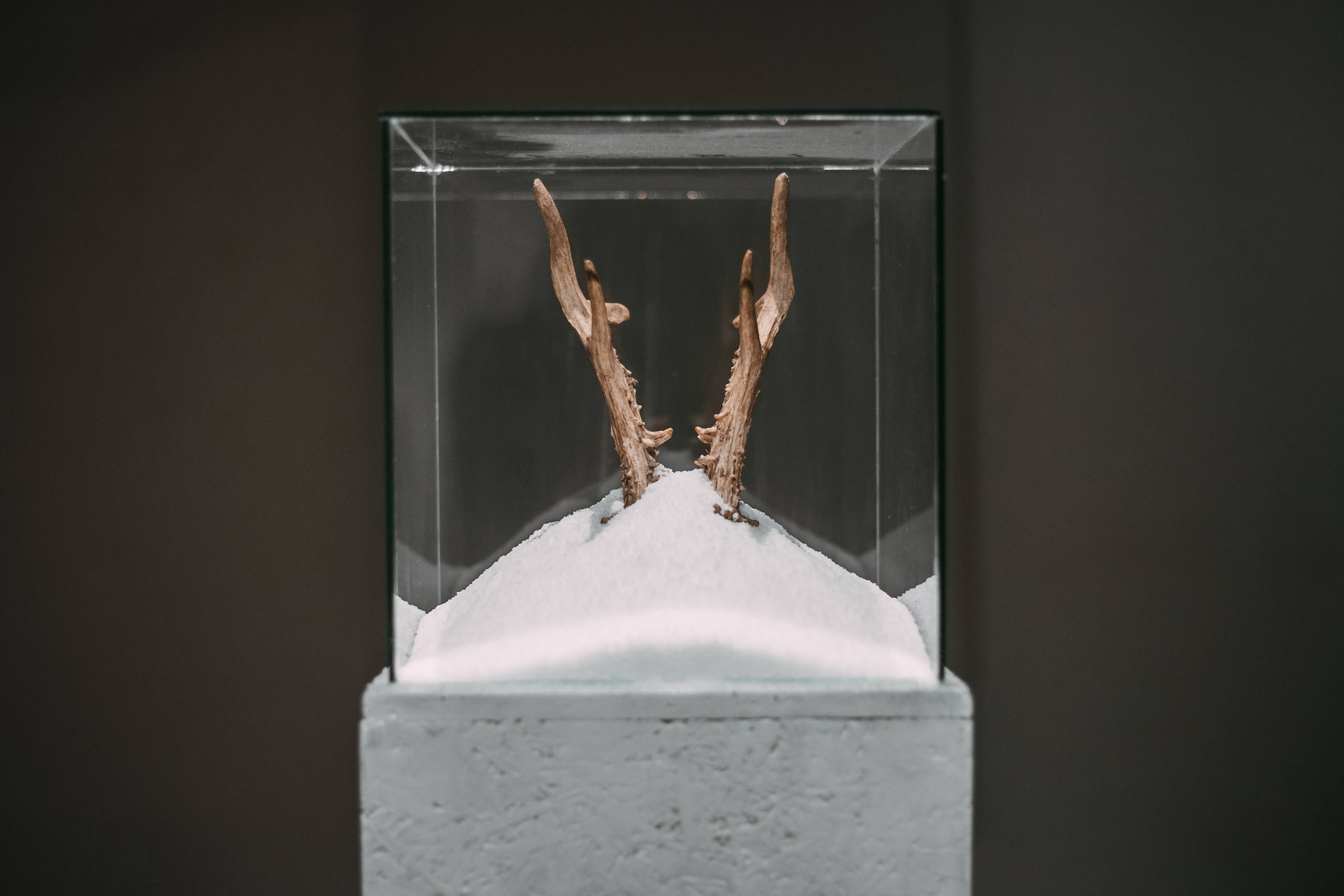 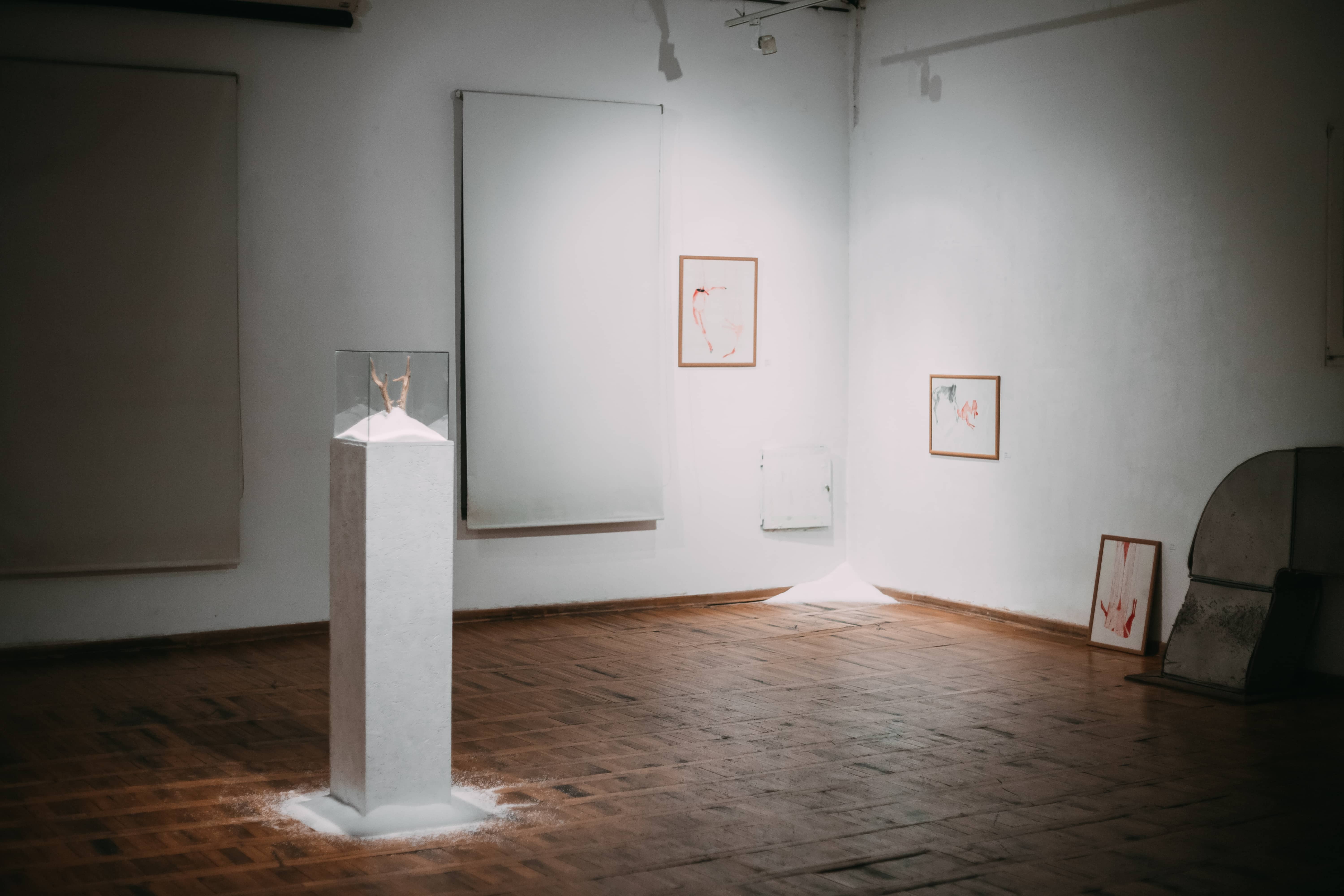 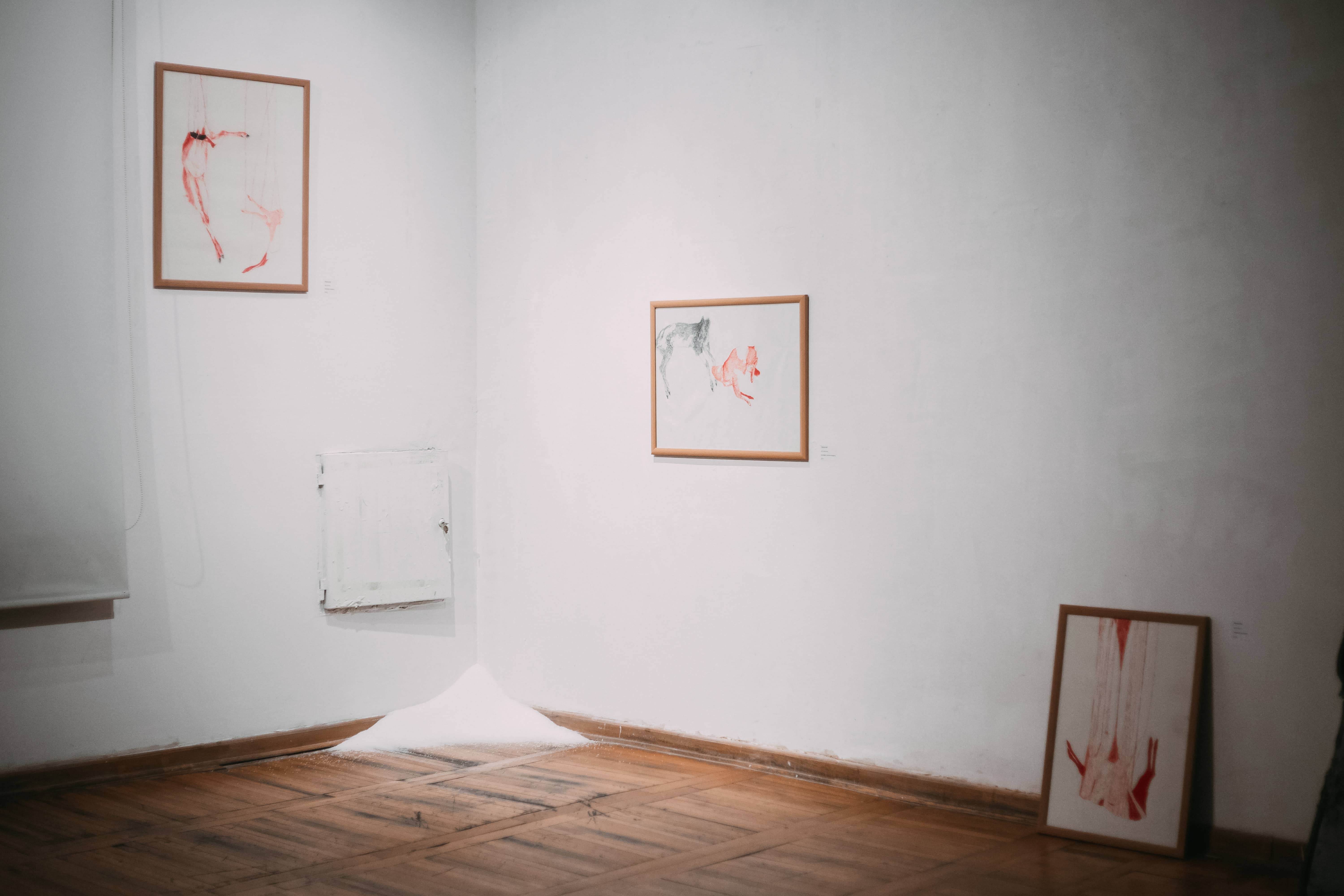 The Unknown series deals with a single animal species, that can be understood as a symbol of all animals which are endangered by the tradition of hunting. The existential importance of hunting in the primitive stages of human development grew through culture into a noble sport and passion, and even a kind of leisure aristocracy, and then into hunting for profit, often illegal and destructive for some animal species. Having chosen the deer, as a species widespread on all continents of the planet, Milenković wants to present the animal that most often suffers in this practice. As is the case with many species of game and deer is hunted for only one part of the body, the horns. Taxidermy of deer heads with antlers is an object that each of us had the opportunity to see, if not possess. It's the most common hunting trophy, and it has an exclusively decorative purpose, so Milenković starts from this fact. Drawings of monumental formats serve us decapitated deer corpses, they are the background of the trophy, the rest of which is most often discarded, and is culturally silenced, justified by the trophy. Milenković wants to remind of that remnant, of a living being that is being sacrificed, whose corpse is being discarded. The neutral minimalist background of the drawing symbolically emphasizes sacrifice as a subject of Milenković's interest, without naturalistic intentions, but still very transparent. While on the one hand he abstracts and removes the corpse from his natural environment, Milenković with his drawing process and by meticulously building the texture on the drawings, manages to portray the animal's fur in detail, sometimes the flesh that protrudes from its wounds, with a red ballpoint pen he manages to show us blood clots as well as the obvious gap where the animal's head was. However, these details have the role of reminding that this symbol of sacrifice is a very specific animal species that has its own recognizable characteristics, and that it should not be fully understood as a symbol but also as an individual sacrifice. The goal of such compositions is not to shock the observer with the corpses themselves, but to show the sacrifice of the individual, therefore of a living being. Monumental formats contribute to the emphasis of symbols, but also to facts, because corpses are in some parts given in life sizes. Milenković wants to put both sides of the hunt and the trophy on the scales of the audience and to open questions about the justification of such action and tradition. In this case, can we say that the goal justifies the means, that it is a passion that dates back to the earliest civilizations? These are some from the questions that Milenković wants to activate in the observer's consciousness and get answers.